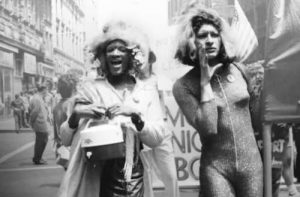 50 years since Stonewall – I Remember Stonewall 1969

The other night I dreamt that I should write my memories of one of the greatest events of the 20th century that I participated.

I remember being in the village hanging out with the only other gay friend I had. We were celebrating another year of school was out of the way.  We knew that there had been some raids at the Stonewall but we did not really pay much attention prior to that night.

It was late I remember but how late I don’t know. We were heading back to Christopher Street Train station and we heard all the commotion it was a war zone. Seventh Avenue had been closed off we went around and were able to get close and in the middle of the madness, at some point, it got really crazy and I felt very unsafe bottles and rocks were flying people screaming blood, tears and a very angry crowd. My friend and I managed to pull ourselves away from the line of fire I managed to get away with only a small cut. I was lucky.  Yelling, chanting it was unbelievable.  I had been to many protests marches surrounding Viet Nam but this was more real to me. I had not even come out of the closet at the time. I was afraid of being arrested with all the others but I knew I had to be there and yell and chant with everyone else.  I knew this was something big, something that will change the world.

That same week Judy Garland had died and her funeral was on June 27th. When was in the village earlier all you heard was Judy Garland music. As I write this I see the streets people hanging out sad because of her death. The death of a gay icon in that period was heavy on the heart. It was reported that here death sparked the riots. Gay people were hanging out listening to Judy in the Stonewall when the cops came in to raid once again.

The Drag Queens were fed up, as were the other patrons of the Stonewall. But it was the Drag Queens that stood up and fought back. If not for them I believe the movement would have taken a few years in the making. The blood, sweat, and tears of all the people in the Stonewall make them all heroes.

When this spilled out onto the streets all hell broke loose. As I said I was not in the bar, I wish in some way that I had been, maybe I would have become more of a vocal activist.  But still being in the closet made me keep my mouth shut.

I feel that today, 50 years later we are still fighting. One thing that has been forgotten is that it was the Drag Queens that set the ball rolling on the path of “Gay Liberation”. People seem to have forgotten that. For many years in the “gay community” D.Q. were ignored, looked down upon and criticized.

Fifty years ago there was a real sense of community. Today 50 years later the community does not really exist it is fragmented into cliques. If you don’t fit the clique’s criteria you’re not welcomed. This really started in the early to mid-70s. The movement was moving forward, more people coming out of the closet. Attitudes within the “community” began shifting. The Pines and Cherry Grove two gay summer resorts on Fire Island off the coast of Long Island New York were at its peak. Pretentiousness was beginning to split the “community”. The Pines is the leader of pretense and Cherry Grove, in my opinion, was the down to earth fun place to be and let loose.

And as time went by more Drag Queens were being isolated.

Thank goodness for RuPaul for what he has done.

I remember Stonewall 1969, I would hope that more people in from that time also remember and teach the younger LGBTQ the history of how they have what they have now.

I would love to be in NYC for PRIDE this year. 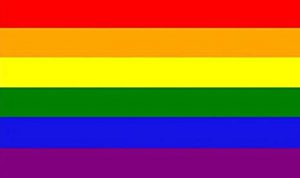